Time lapse Painting demo of the Alcazar Castle in Segovia 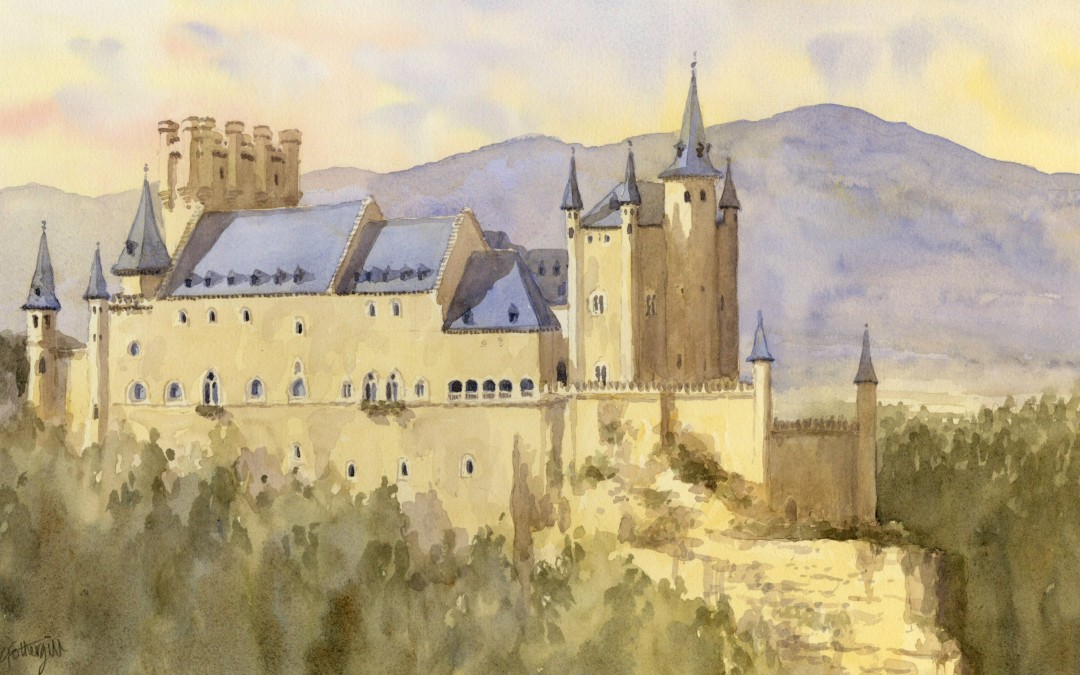 This was painted in the studio from sketchbooks and photos taken on a visit to Spain in 2008. Segovia is a wonderful city the other side of a mountain range just north of Madrid. The Alcazar Castle stands like a ship on an outcrop of rock at the western edge of the city. The view I painted was looking from a neighbouring hillside, as wild, stony and untamed as it would have been when the castle was built. It is a romantic image for me, filled with mystery.

The music is called Spanish Dance no.5 by Granados. It evokes just the right spirit for me, and if the playing is a bit rough, that’s because I’m playing the guitar on the recording! But I love the music of Spain as well as its old cities, and hope to visit there again before too long.